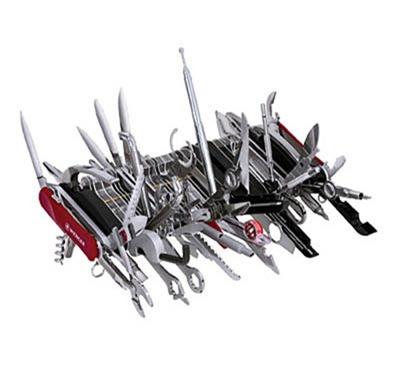 Several people asked why I chose WordPress as a platform to launch Keynotopia. Before answering, I’d like to share a short story:

When I was at Microsoft, I worked with great developers. But one of them stood out: He was extremely productive, his code was clean, well commented, and almost bug-free. One day, I got curious about the tools he was using and dropped by to ask him. To my surprise, I found him using Vi on a three year old laptop. When I asked him why he wasn’t ordering a new machine or using Visual Studio to write code, he smiled answering: “Because this works for me.”

Few years later, I am realizing that my answer for why I used WordPress is the same. It works for me. I know WordPress pretty well, I am comfortable working with its PHP and CSS code, and I am familiar with enough plugins to make it work the way I want it to.

Trying to choose the “best” tool or language is another beginner’s syndrome. It is as if having a top of the line MacBook Pro or the latest version of Photoshop will provide a larger safety blanket and prevent failure.

In fact, switching to a new tool or programming language when starting a new project can dramatically increase chances of failure because it introduces more unknowns into the process, and eventually delays the journey from idea to a launched product. It’s the best form of “productive procrastination”: doing something that seems to be contributing to the project’s progress, while it actually has very little to do with it.

Professionals seem to know this rule much better than beginners. They learn, sometimes the hard way, that switching and upgrading to the best new thing doesn’t usually translate to better work. I know some bestselling authors who haven’t upgraded their laptops for the past 10 years, and a few amazing cartoonists who still use Flash MX 6 to do their artwork.

As Hugh Macleod puts it: “Fancy tools are just pillars to hide behind”.

So instead of asking: “what’s the best tool or language for a new project”, try asking yourself: “how can I use what I already know to get it done soon”. Even if you end up doing it in a crude way the first time around, it doesn’t matter. The goal is to first get it done, then get it right; To minimize time and friction from idea to execution.

And may be you’ll end up creating a new way use an existing tool and spin off a small profitable business around it. 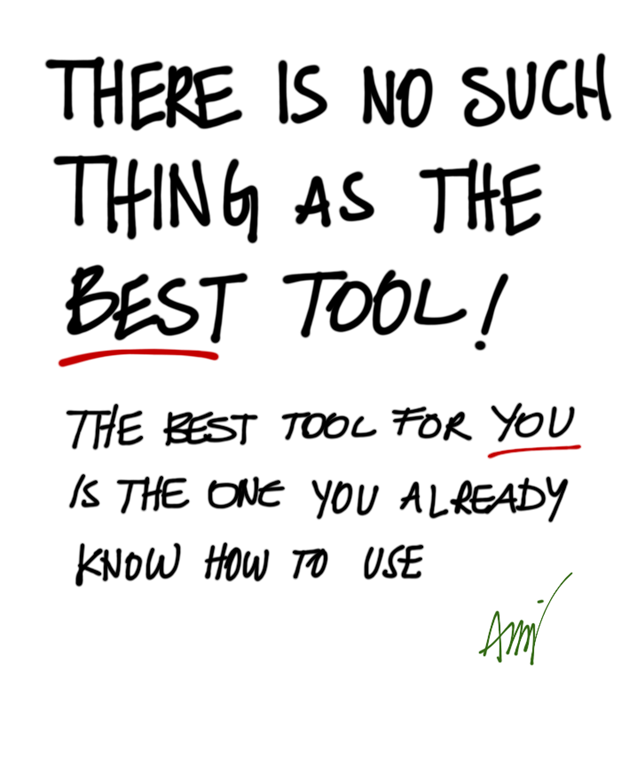