The man who touched the trunk said: “An elephant is like a thick tree branch”.

“No! It’s like a pillar,” said another who touched the leg.

“You’re both wrong!”, said a third who touched the tail, “the elephant is like a rope.”

“Oh No!”, shouted another who was feeling the belly, “it’s like a wall”

And a man who was touching the tusk said “Come on, guys! The elephant is nothing but a solid pipe”.

He stopped and asked: “What’s the matter?”

The wise man smiled and said:  ”

But you can never tell what an elephant is by just touching one part of it.” 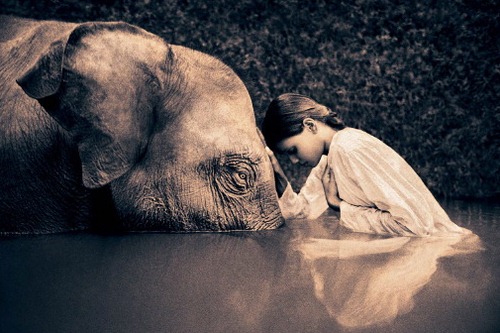